It was after a sports accident that Marc found himself at home watching documentaries on globalization and the economic, financial and climatic crises that it has engendered. His friend Nathanaël had kindly copied them on his computer. Marc was off work for several weeks and had some time to spare, so he decided to watch them. He then realized the extent of the damage, decided to quit his job and went around the world with his friend Nathanael. The objective of the mission was to go through the points of view of citizens from different countries and to make a film about it. 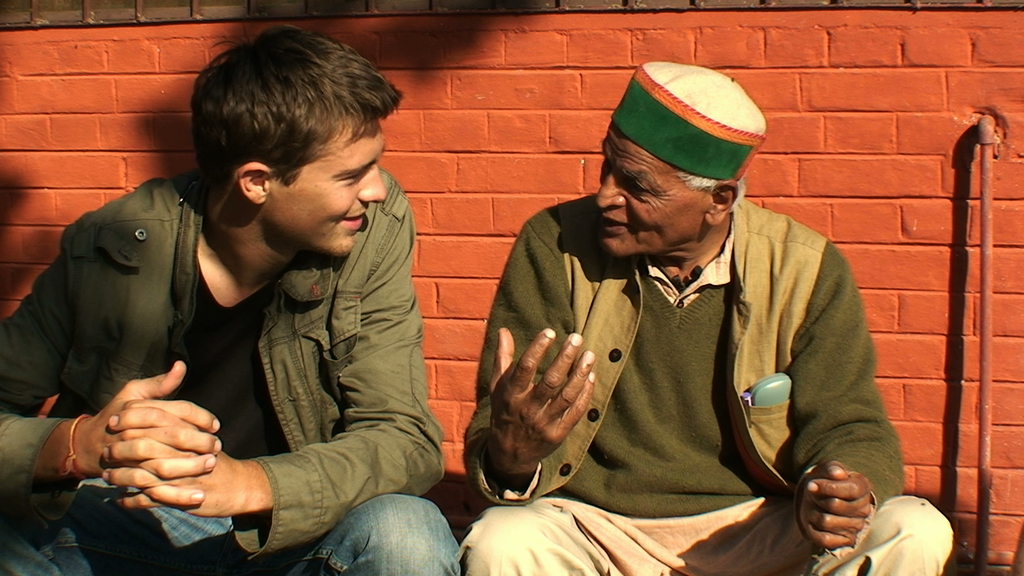 During their journey, they questioned women and men about the meaning of life, happiness, the relationship with nature and human beings, etc. They also went to meet activists who fight daily for the protection of nature and who criticize the competitive and materialistic world in which we live.

” We are here to take care of our planet as well as our home. We are the janitors of the planet. Not the owners, but simple tenants. “Jules Dervaes (urban organic farmer – Los Angeles).

Thus, they had to question their own values, their own beliefs,  their own thought pattern, their own world view.

” One of the things that introspection teaches us is that our thoughts are just thoughts, our beliefs are just beliefs, they are not really who we are. These are just working hypotheses that are being developed. “Cassandra Vieten (Ph.D. in clinical psychology, director of the Institute for Noetic Sciences in California).

Their project to make a film independently was finally able to succeed thanks to participatory financing. The adventure had begun in 2008, and it was in early 2015 that the documentary film ” In search of meaning “, began to be distributed under the association Kamea Meah.

You can see the future projections  near you on this link. And if you are motivated, you can even organize a screening by filling out this form.

The DVD “In search of meaning” is also available on their website. 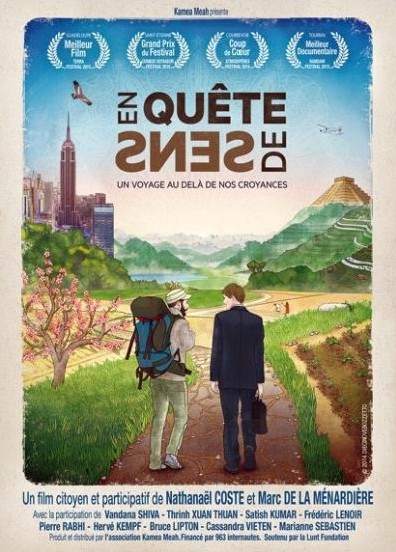